<< Back to search results

Merc Partners released their annual Executive Expectation Report. The report surveyed 350 senior Irish executives from the private, public and nonprofit sectors.  The feedback from the executives provided insight on the Irish business market. 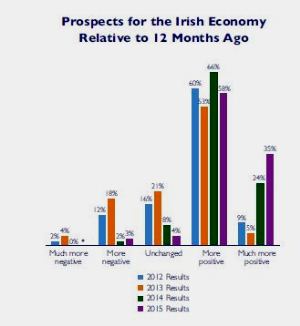 The continued economic stability and growth in Ireland has led to a sustained level of confidence among the majority of respondents. The remaining respondents are apprehensive in comparison and reluctant at this stage to make any prediction about future business performance.

Among the key findings: