LinkedIn—there are few that do not recognize the name. Internet recruitment has dominated search in recent years, and professional networking sites have come out on top. However, changes in candidate behavior, and more broadly, in the world of online sourcing are quickly taking place.

At AESC Executive Research Forums, Laura Stoker, the Executive Director in Global Training from AIRS, leads an interactive session on the topic. She will focus on changes to professional networking sites as well as how researchers can connect with candidates outside of the sites that they have become dependent on. Here, Laura shares her perspective on internet sourcing and online recruitment.

How has the internet changed the role of the researcher?

It has made a big difference because with information, access to it, and its overload, it is difficult for researchers to get through all the information that they find about people. On the plus side, it is a fantastic time to be a researcher in executive search. In years past, you didn’t have access to the ‘good stuff’ about people. Now, there is a lot more information. 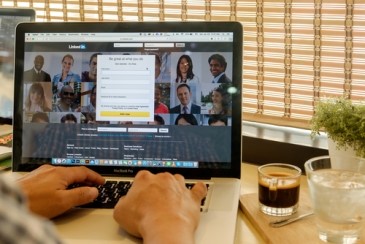 On the down side, some researchers now solely rely on LinkedIn. They do not use anything else. There are many other opportunities on social media, other networking sites, and all over the place, but instead, they rely on LinkedIn.

How do you see sourcing evolve over the next five years?

There are certainly going to be new resources and tools available. In coming years, you are going to see more AI technology. In certain cases, it is a fantastic thing and time for it. However, it is going to be important for researchers to use those tools effectively but also to understand that it is crucial to have a human element. You have to be hands-on and have that human touch. The algorithms in certain sourcing technologies do not look far and wide as a human. As humans, we can find different things than pre-programmed systems or the algorithms that run those tools. It is important to have a balance of both.

People have grown so dependent on LinkedIn that they do not look anywhere else. But, not everyone is on LinkedIn. If you are looking for someone special, you have to find other sources, some other way.

How can researchers utilize professional networking sites to their fullest potential without becoming solely dependent on them?

In the last 10-15 years that LinkedIn has been around, it doesn’t matter where I go; if you are in recruiting, they are using LinkedIn, for the most part. It is a good tool to use; however, recruiters have forgotten that not every viable candidate is on LinkedIn.

You can use professional networking sites. Take the information from their LinkedIn profile and Google them. You may find them on other networking sites whether it be a social or professional group. As a recruiter and researcher, these sites give me a lot more information to work off of. If I were to reach out to an individual, I have a better set of knowledge on their interests and where they are sitting geographically. You can connect with them better than with the information solely acquired through LinkedIn.

What are some ways in which you see candidate behavior changing in response to a rise in use of professional networking sites in recruitment and sourcing?

In the last three to four years, you are seeing candidates move away from LinkedIn. It is a crucial tool to use in recruiting, but people are overly sourced and recruited from LinkedIn. Those in the technology and engineering industries receive so many contacts by recruiters from LinkedIn that they are disenchanted with it. LinkedIn, in its nature, has become a bit more social and not strictly as professional, and it is a turnoff for some people.

I am seeing a rise in vertical networks in marketing, healthcare, creative use, etc.—GitHub and Stack OverFlow are prime examples for IT. They include a little bit of social, but it is built around a profession or a skill. You are able to network with people with similar backgrounds as you. If you want to talk to another front-end developer, there are now networks available just for front-end developers.

Vertical networks have been around for some time—Behance. Now there are others coming about like Kaggle for data finding or VB Art for creative content sharing. Candidate behavior is shifting more to people like themselves—similar experiences and similar roles. There is a shift away from general sites unless they are on the job market and want to ensure their presence is everywhere. If it is a passive candidate, they might be sticking around to those general sites as well.

Do you think the impact of internet sourcing and online recruitment varies across different regions? If so, how?

Definitely. In the U.K., for instance, there are more recruiters who do not have a problem utilizing social media as a recruiting tool. Five years ago, that wasn’t the case. In Germany, it is not as appropriate; it is still uncomfortable and thus, researchers find it difficult to contact them due to differences between professional and social networks. In the United States, it does not matter. For the most part, unless specified, the ways of contacting candidates are pretty well-versed with organizations, companies, and clients.

Countries like China are different. It is definitely a question about culture. Different cultures have different ways of acceptance in connecting with people online whether it be through social or professional networking sites.

What are some key points researchers should look out for when identifying top quality candidates on professional networking sites?

Hard question. There are so many different degrees as to what a good candidate looks like on LinkedIn. You can’t judge a book by its cover. Some people are very well versed online, but others are not. Researchers might look at a profile and see that the candidate has not filled in all the information, and so, they do not look closely and move on. However, if they were to reach out to that person, ask questions, and form a human connection, the person might end up being a good candidate.

On LinkedIn, there is a lot of automation in the profile building. LinkedIn will provide suggested summaries of your experience. That information is based on algorithms that pull information on sourcing and executive search, for instance, and create summaries of them. And, people will use these summaries. Then, you see the same thing over and over again. It is cookie-cutter, not really authentic. Things have become clone-like, and people are not inputting information for themselves. Researchers need to be cautious about that.

On the flip side and on a positive note, if I am looking at professional networking sites, I want to see endorsements. If you are looking for a job, contact a network and ask for endorsements. I also like to see who they are following in the industry and who their influences are.

Just because their LinkedIn profile is not as fantastic, it does not mean that they are not a fantastic candidate. If you are looking for an engineer on LinkedIn, engineers are skilled at their job, not at writing profiles. As researchers and recruiters, you need to be more intuitive and more willing to extract things out of a site and have a conversation with people.

It is a good thing to have AI, automation, and search algorithms, but don’t veer away from being a human being. Go voice to voice, face to face, and don’t forget to communicate with people.