New research shows the pool of potential EU workers risks decreasing to 217 million by 2050, down from 239 million in 2015. The shrinking European workforce creates long-lasting ramifications—economically and politically—for countries in Europe and worldwide. Countries like Germany, the UK and Ireland are now facing some of the most severe talent shortages. As business leaders aim to remain competitive, they must now consider a wide variety of factors to manage a multi-generational workforce including creating effective succession plans, implementing new training processes, and building a culture to best attract and retain a generation of highly skilled, but older, workforce. 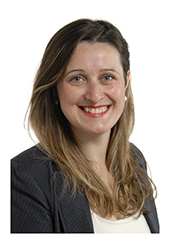 Can you talk about the current economic climate of Europe? Why must business leaders act now to address the aging workforce?

Growth in Europe is currently above its potential. By the beginning of 2017 there were 10 million jobs more in the EU compared to the beginning of 2013, of which 6 million in the Euro Area. At the same time, the unemployment rate in the EU started to decrease, from its double-digit rate of 11 percent, to the current 7.7 percent. While the recovery in Europe is great news, it marks the start of a competition for talent, especially in a silvering continent.

How would you recommend business leaders prioritize their talent plan in terms of ensuring that leadership remains competitive?

A lot is being said about Millennials in the HR space and not enough about mature workers. Yet, the European age pyramid is such that people in retirement age outnumber those entering the labor market. For every 10 Gen Z there are 12 senior aged 65+ in the EU. There is a wide perception among mature workers that they are being discriminated against, and indeed mature workers have less access to career development opportunities and receive less training and development compared to younger workers. More needs to be done at the company level to deal with the obstacles that keep mature workers less productive than they could be, especially in light of the fact that mature workers today are increasingly educated and healthy.

Are there any countries that are facing a higher level of risk with the aging workforce?

According to data from the European Labor Force Survey, 55+ workers are currently 16% of the total in the EU, a percentage that is meant to increase in the next years. There are countries where the share of mature workers is already very close to 1 in five, such as Germany, Finland, Sweden and the Baltic countries. Another interesting statistic is the share of mature workers among managers: 20 percent. 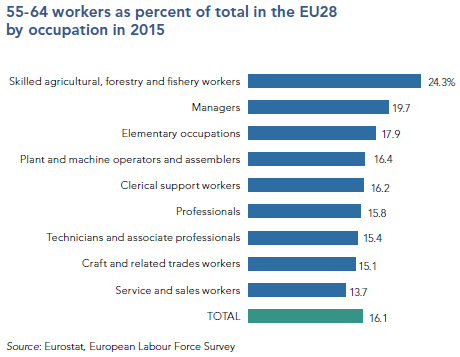 As the European labor supply continues to decline, how can executive search and leadership consulting professionals best advise their clients?

Engagement strategies for mature workers will be a vital engine for business performance. No business will be able to afford the risk that between 25 percent and 40 percent of its workforce is counting the months and years to retirement. There is a wealth of evidence proving the link between engagement, productivity, innovation, and strong business results. While our research found that in firms with a high share of mature workers, HR executives more frequently report issues with motivation and sick leave, differences across countries remain bigger than those among age groups. Moreover, evidence at the firm-specific level suggests these challenges can be alleviated with active age management. Winning companies will be those that find the best ways to keep employees energetic and motivated right up to the day of their retirement.