CER Prepares its Graduates for 2019 Challenges in Executive Research

AESC recognizes executive research professionals as the drivers of transformation within the executive search and leadership advisory profession. The role has become the pivotal center in a whirlwind of disruptive technological advances, generation shifts in candidate pools, and new forces changing the client base. As clients demand highly targeted lists of candidates at an ever-increasing pace, researchers and associates need to stay at the top of the profession when they source, communicate with, and qualify candidates.

With the start of the new year, AESC is acutely aware of the challenges that executive researchers face in 2019. As these changes continually impact the profession, AESC provides executive researchers a way to claim their spot as the repository of technological knowledge within their firm. Expert forums, reports and insights, and a multi-format education program offer an array of opportunities to help researchers and associates champion innovation and change within their organizations. 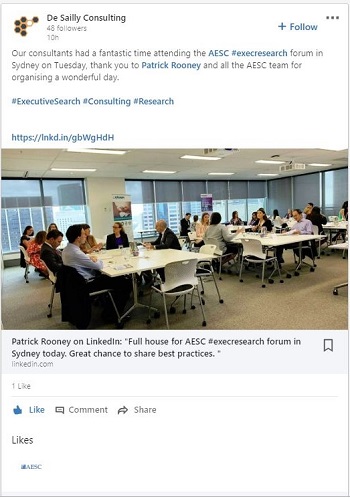 2019 introduces two more Executive Research Forums in London and Mumbai to help you leverage strategic insights and stay at the forefront of best practices. These forums are an opportunity to connect with other executive search professionals looking to increase their professional skills and knowledge in an interactive environment.

In 2018, we explored the Executive Research Revolution, discovering new trends when sourcing top executive talent at forums in New York, London, and Sydney. Some of the insightful topics included unconscious bias in executive research, research beyond social networking, and improvisation techniques to help with candidate conversations.

As a way to help researchers and associates excel in their professional careers and face these impending challenges, we presented new updates to the Certificate in Executive Research (previously called the Certified Researcher Associate Program) including a new format, updated content, and improved technology. The Certificate in Executive Research (CER) program is the only comprehensive certification program designed exclusively for executive researchers and associates.

With these updates, the certificate program offers a portable 'read-as-you-go' format to learn at one's own pace and within one's own schedule.

“I would say this is a really useful course for seasoned researchers because it really refreshes your skills and you learn new ways of approaching your work.” – Caroline Milburn, Henley Research International.

We want to congratulate the class of 2018 graduates who took the necessary steps to improving their research skillset and those advocating these standards for excellence. 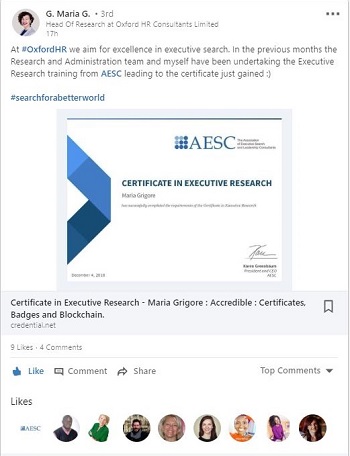 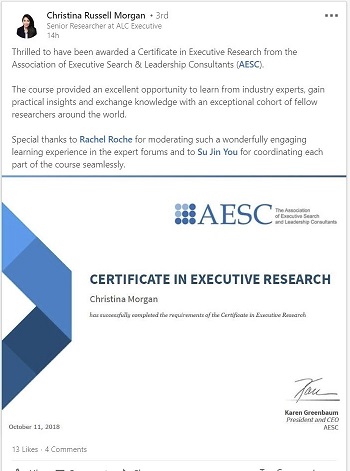 As the association of executive search and leadership consultants, we look forward to what the rest of the year has in store for executive researchers and associates.