How to Identify and Disengage Unconscious Bias in Decision Making

Howard Ross, founder of Cook Ross, is a leader in diversity, organizational change and leadership. Howard will host a webinar exclusively for AESC members on Monday 23rd May, focused on the topic of ‘The Mind of a Leader’ – examining the role that unconscious bias plays in the decision-making of leaders. Below Howard previews some of the topics that he will discuss during the webinar.

AESC: What can we do as individuals to become aware of our own biases and how do we get to the root of their real impact? 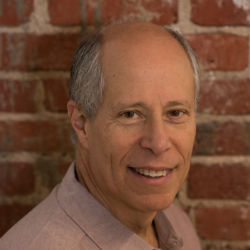 Howard Ross: During the webinar we’ll talk about some very specific focus areas that we’ve determined through our own experience and research that help us mitigate the impact of bias. One of the core teachings, of course, is that we can’t make bias go away. The notion that we can become bias-free is no more realistic than saying we want to make breathing go away. We’ll talk about methods to identify and disengage it.

For example, I’m a musician and I’ve played in bands for years. A few years ago we were interviewing somebody for an administrative position in our company. He said he’d studied at Berkeley School of Music for two years. So, of course, I immediately started the conversation with him about what music and instruments he plays. At some point I caught myself and recognized that I’m not hiring a bass player, I’m hiring an administrative professional. I actually stopped, almost mid-sentence, and said “let’s talk about this after the interview”. In doing that, I was able to disengage that part of myself that may have given him the benefit of the doubt. He was a nice guy but wasn’t the best person for the position.

AESC: What are some of the side-effects of unconscious bias in leaders and in a leadership capacity?

HR: It shows up in any number of ways. One of the things that I say regularly is it isn’t our job to tell you who to hire, but to make sure you’re making those decision based on criteria that you’re aware of and not being controlled by unconscious bias.

One of the keys that we try to get across when talking about bias is to get away from looking at this from the standpoint of diversity being a political thing or a social justice thing. The fundamental question here is: do you want to make your choices in your organization based on factors that you’re aware of or factors that you don’t even know are pulling the levers behind the scenes? The more conscious we are, the better decisions we can make.

AESC: This is a sensitive issue. In the extreme, no-one likes to be labelled a racist, sexist, or homophobe. Unconscious biases could also be unflattering, so how do you recommend organizations tackle bias in leaders?

HR: That’s a really important factor. Because of societal programming, we all have biases – even the Dalia Lama! It’s not just beliefs that we hold about other people, but beliefs we hold about ourselves as well. There is no way we can avoid it. Beating ourselves up actually causes contraction. This is why so many people are shy about the diversity conversation – we all know we have these thoughts and reactions and we were told we shouldn’t. Therefore we experience shame because we’re afraid that when people find out we have these feelings, we’re going to get in trouble or be seen as a problem. Talking about it then becomes a danger zone.

What we really want to do is to get people to understand that these things are quite automatic. Every human being does it. It doesn’t mean you’re a bad person. It’s about understanding the mechanism so that you can remove guilt and shame and replace it with responsibility.