The belief that we are not biased, prejudiced, or discriminatory or that we can 'de-bias' ourselves is impossible. As long as we are human, we're hardwired with biases--both conscious and unconscious.

Jane Mathews, author and trainer in Unconscious Bias, shares her thoughts on the biases and brain behavior—whether we are cognizant of it or not—that affect our everyday decisions.  Ahead of the AESC Executive Research Forum in Sydney on 4 December, here she explores the different types of biases, the fundamental toolkit researchers need to check their own bias, and more to look forward to at the Forum. 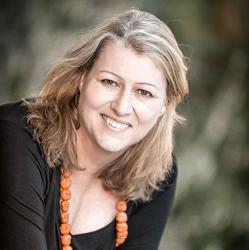 You’ll be speaking about unconscious bias at our upcoming Executive Research Forum in Sydney on December 4. Can you briefly share a quick tip on how researchers can check their own bias?

It's an interesting one. Some companies provide training that consists of a 'de-bias toolkit.' But, you cannot de-bias someone because if you have a brain, you have bias. You can't remove it altogether. Rather, it is important to be aware of your bias and check yourself. Completing the Harvard Implicit Association Test is highly recommended to learn and dissect one's personal biases. The end point is that we become aware of our bias and ask what do we do about it?

We as human beings are hardwired with biases—hardwired to protect ourselves. Therefore, it is difficult to pull yourself out of your instinctive self. For example, when you sense danger your natural reaction is to flinch. You cannot teach someone not to flinch (instinct). The case is the same for bias. However, a practical toolkit can be used to address the biases and how you can approach things thereafter. This can include "justifying your own story," or working with others in creating a decision template, or "blinding," or blacking out names and certain details off of CVs and abiding by a specific selection criterion.

What are the different types of bias that researchers may face during the search process?

To list just a couple of the most common ones, there are:

If unconscious bias is bias that one is unaware of and is beyond one’s control, how can an executive researcher make the unconscious --> conscious?

Be aware. Most of our brain is unconscious. There are millions of bits of information and we only consciously process 40%. After identifying what your biases are, have them on the top of your mind when walking into a situation. Clearly understanding what unconscious bias is and how our brains work is a crucial step. Imagine you made a decision and it failed. Find out what went wrong and why. Think about the areas you tripped on and how you got to your decision, and then, explore them rigorously.

When making an executive decision on a candidate’s suitability for the role, how can researchers check their own bias?

Go with pre-mortem rather than post-mortem. When you are making important decisions, try to work in an environment with the best conditions–for instance, no stress and no time pressure.

Again, be aware of one's own bias. Pick apart your assumptions before making a decision and explore how they were affected by the biases you harbor. Be able to justify your own decisions with a rational criterion.

Write down initial impression and examine them. Were they based on bias? Were they rational or were they emotional?

Diversity and inclusion and the pressure for them are increasingly becoming important components of leadership. How can researchers best keep this in mind when searching for the next best candidate for their client?

This is a tricky one. There is a big debate on whether quotas are a good idea. Should there be quotas or should it be done by merit? It is difficult to address head-on. Of course, people want to hire people by merit, but from my perspective, merit, or the system it follows, has not been working. Numbers are still way off where they should be. I do think everyone now expects boards, companies, and management to be diverse.

Women make up half the population and in the last Australian census, women are more likely to be the breadwinner than men. What does it say when we have a board of all white, Anglo-Saxon men who fail to represent half of the population? It is important to know what the population makeup is like. It is the first time that the census showed that the immigrant population came more from a non-European background than a European one. Nearly 50% of the population or their parent were born overseas. We should be representing who we are as a population.

There are piles and piles of solid research that prove the benefit of diversity in the workplace. Having diversity within one's own workplace and having diversity in mind when recruiting—and doing it as unbiased as you can—are important. Statistics show there is 21% more profitability and 53% more productivity with gender diversity, for instance. Diversity is not only good but profitable.