Can Your Succession Planning Strategy Survive The First Engagement?

Soldiers often comment that no battle plan survives the first encounter with the enemy. The stakes may be vastly different, but the same can often be said of succession planning, where even well-developed plans don’t always result in success. Putting together a succession strategy that will stand the test of time—and reality—can be a challenge. 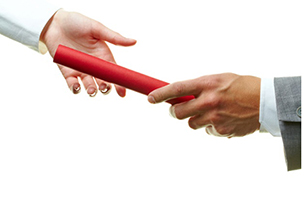 Succession planning is difficult for companies all across the spectrum. Too many organizations simply don’t do it, or don’t pursue it with enough vigor to develop a truly effective plan able to fill the void if one of their executives were to leave the company unexpectedly. In research conducted by Stanford University, 46% of companies reported they were not grooming a specific executive to succeed the current CEO. In fact, 39% said they didn’t have any internal talent ready to take over the leadership of the company.

Though the process is difficult, that doesn’t mean companies should avoid planning. Organizations still need to craft strong succession strategies—they just need to leverage the right insight to ensure their plan is ready for whatever the real world may throw at it.

Succession planning must be given the attention it deserves. It isn’t an initiative that can be addressed with a few industry templates and a one-hour discussion at the next board meeting. Resources need to be assigned, goals set and a timeline established. Any plan will also require ongoing oversight to help guide efforts as the organization, its leadership team, the workforce and the wider marketplace continue to evolve.

It can be difficult to juggle time commitments at the highest level of the organization, but it’s critical that board members and those in the C-suite participate fully in the succession planning process. A check mark in a box on the agenda won’t cut it if the plan is going to succeed longer term. Along with the CHRO, the leadership team must also make it a priority to weigh in with their concerns and questions, suggestions they may have, insight on where they’ve seen succession planning successes and challenges in the past, and which skills and competencies they consider vital to the company’s leadership role. An executive search advisory firm can be helpful in this effort, as they have the experience to facilitate these high-level discussions and work with the leadership team to identify those qualities that will be most important to the organization.

Incorporating a structured mentoring program is another important component in a succession plan that works as well in reality as it does on paper. Effective succession plans are also connected to the coaching and talent development efforts already underway among the middle management ranks, providing the company with a strong internal pool of candidates for leadership positions all along the spectrum. As succession planning efforts move up the hierarchy, the individuals who will be involved in each mentoring relationship should be clearly identified, their roles outlined,  and goals and expectations set. The program should also be extended beyond the CEO and structured it in a way that reaches across the entire C-suite. This ensures the succession planning process is deep enough to be effective in the event a top-level individual leaves the company.

Track down the best insight

There are many sources for useful industry metrics and suggested best practices, but developing and administering a truly effective succession planning strategy isn’t easy. Interpreting and applying benchmarking data, conducting scenario planning exercises, facilitating the sometimes difficult discussions that need to happen within the C-suite and among the board—they all require skill and savvy. An industry expert with deep experience in succession planning, such as a leadership advisory firm, can bring a lot of useful tools and critical, neutral insight to the table.
Together, the right outside expertise and an internal commitment to following a sound process will help the organization ensure their succession plan doesn’t just look good on paper, but that it actually has the right components to succeed in real life.
Register to access our Directory and work with an AESC Member on your Succession Planning Strategy.
Explore additional Succession Planning content.