The Challenges of the CIO 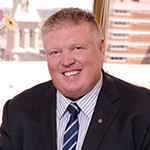 This is a guest blog post written by Steven Brown, Director at Stanton Chase.

Over the last five years, I’ve had the pleasure of working and advising some of New Zealand’s top technicians and executives. Whilst getting an understanding of various companies and their personnel, people keep sharing the mantra of ‘technology is good’ and ‘technology increases profits’.

With new technology comes new roles and responsibilities, especially for the ever-expanding role of the CIO. In my position, I’ve witnessed some disconnect between CIOs, CEOs and their companies. Many CIOs appear to wear too many hats and find themselves exhausted in a job they love but will have to leave as they are experiencing burnout.

It led me to explore whether new technology and the new associated technology roles are good for CIOs. To find my answers, I reached out to 214 CIOs in New Zealand. How has their role extended since they started? What extra responsibilities have they had to undertake? Is the expanding role of a CIO a company choice or a personal choice? And did their position cover any of the following roles:

Writing recent articles identifying the “C Suite” in Technology I wasn’t surprised by the answers that came back especially when technology Leaders are expected to use technology in their companies to now give them a competitive advantage. The pressure is on. The following are a sample of the replies I received:

“IT roles are different in interesting ways in NZ in my experience, particularly as the average business size is so small compared to businesses in mainstream cities such as London, New York, Sydney and similar. This means that you're always expected to wear an assortment of hats depending on the specific requirements of the role, irrespective of the job title. The job title is much more of an approximation in many cases in NZ, than what it would be in larger economies with more specialist roles.“

“In response, the key challenge facing most of the CIOs I know (including me), is how to execute a Digital Transformation Strategy in an organisation which has a large amount of legacy systems and business processes. Do you start with the oldest systems and key processes, which also tend to contain the core platforms holding the fundamental business logic and data? Or do you try and build a customer facing layer which tries to mask the traditional, batch based business processes? Because most business people still resist becoming technology literate, this means that the CIO has to step in to design and shape these digital business strategies (while obtaining suitable buy in from executive peers and Board) and therefore the role is certainly growing.“

“I have personally resisted the temptation to add another three letters acronyms to my title as I have seen these definitions come and go over time (e.g. Chief Web Officer during the .com era).“

Looking at the replies from CIOs in New Zealand, it’s clear that a CIO today must be able to work with the business and align technology to the business. Harvard Business Review states “Digital disruption is rewriting job descriptions too, especially for the CIO…Today, as they divest themselves of IT delivery, CIOs are as focused on the external business customers as are other members of the C-suite.” An MBA as well as tertiary IT qualification provides today’s CIOs with an edge. But is it slowly becoming an expectation?

One suggests that the size of New Zealand’s cities factor into a CIO wearing too many hats. I see this in startups but in bigger companies, it appears that it falls between a company and a CIO’s personal decision. Experienced CIOs state that the company employs you in the role of CIO knowing that they will require other duties and responsibilities covered. The more enlightened companies, however, realize the competitive edge created by technology. And they understand that the CIO is not the one-stop shop and are working to provide stronger support.

The CIO role has completely changed in the fact of having so much breadth. The original role remains but is hidden under the roles and responsibilities today’s CIOs take on board. Moving forward, it’s best that the entire C-Suite team try to understand technology to know how and what it can do for a company.