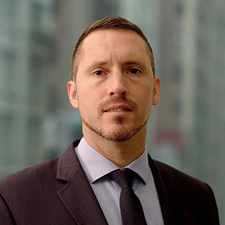 Patrick is based in Hong Kong and leads the membership team for the Asia-Pacific and Middle East regions. He also holds responsibility for AESC education programs for researchers and associates. Before joining the AESC in 2013, Patrick was an executive search consultant with a boutique firm in the higher education sector. He worked on a number of senior academic appointments in: Australia, New Zealand, Hong Kong, Macau, China, Singapore, Thailand, Malaysia, the UAE, Kuwait and Pakistan. Patrick was also responsible for overseeing a team of search consultants and researchers.

Prior to joining the world of executive search, Patrick was with a higher education institute in New Zealand where he had oversight of the approval, accreditation and quality management of undergraduate degree and diploma programmes. Part of his role included managing the professional development of programme related staff. This role built on his experience as a member of national accreditation body, the NZVCC Committee on University Academic Programmes, and a board member of the New Zealand Academic Audit Unit.

Patrick also worked as a ministerial assistant to the former Associate Minister of Commerce and Labour in Wellington, and was President of the New Zealand University Student’s Association (NZUSA).

He has long had a commitment to the non-profit sector. Patrick was a Trustee of the Auckland Trade Aid Trust that governed six fair trade stores and was also previously the Secretary of the Association of Non-Governmental Organisations of Aotearoa (ANGOA) and a volunteer working with refugees and new migrants.

Patrick has an M.A in Asian and International Studies with distinction from City University of Hong Kong, ranked one of the top universities in Asia. He also has a graduate diploma in International Relations from the London School of Economics and Political Science (LSE), a B.A in Social Policy from Massey University, and a Certificate in Corporate Human Resource Management from the HK Management Association.