Russell Reynolds Associates: Making it to The Top: Nine Attributes That Differentiate CEOs

<< Back to search results

Becoming a CEO is the greatest leap that an executive can make in his or her career. What makes it such an extraordinary transition, of course, is the complexity of the role and the skill that is required to manage that complexity successfully. So, what exactly do CEOs have that other leaders don’t?

To answer that question—and, b​y doing so, help aspiring CEOs optimize their trajectories and assist current CEOs and boards in making better CEO succession planning decisions—we analyzed our database of nearly 4,000 executive assessments, including over 130 CEOs. These tests measure a number of competencies, such as relationship skills, communication skills and decision-making approaches. We believe our findings will reaffirm with quantitative evidence what is perceived to be true and, more important, will provide fresh perspectives around what it takes to make it to the top.

II. CEOs differ most from non-CEOs in terms of their: 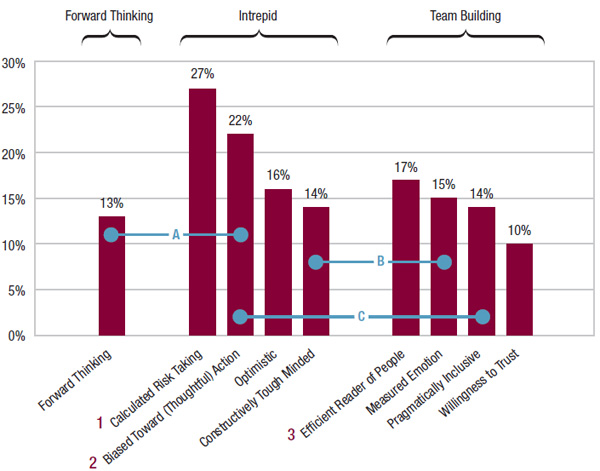