The rapid growth of technology in recent years has accelerated the mass consumption of e-media communications. Facebook, Instagram, LinkedIn, Twitter, e-mail, variants of database software—the list goes on. While convenient, technology advancements have helped create a culture lacking personalization and consisting of empty relationships that bear little to no depth. Therefore, the acquisition and practice of telephone networking skills holds greater weight and relevance.

At our upcoming Forum on October 24 in Dubai, Carol O’Driscoll, Director of Archer Search Limited, will lead an interactive session that focuses on core executive search telephone research skills. Additionally, she will shed insight on how to adapt these skills based on regional, cultural and language barriers. Here, Carol shares how technology and geography impact executive search for researchers. 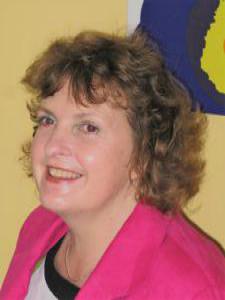 Why do you think telephone networking is still relevant in today's executive search context?

I feel that it is the only way to get really strong recommendations that will fit the role spec. It is also a great way to networking professionally, let the market know what you are working on, and build relationships.

Do you think the practice of executive research varies by region? How so?

Executive search is far more familiar in the United States and the United Kingdom; people are more prepared to give recommendations and be open to conversations. But, even now, there are some parts of Europe that are less familiar with the concept, and people are less keen to share information. There are challenges in relatively new markets in Asia and India.

There is still some confusion between recruitment and search, as well as the concept of “sourcing”—asking for recommendations—for referrals. There is also more of a demand for local language knowledge—especially in Japan and China. In fact, Japan has its own approach to search which is more formal.

English is normally fine for very senior searches around the world. However, in China, Japan, and certain parts of Europe (Spain, Italy, Russia, and Eastern Europe especially), it is helpful to be able to speak the local language fluently and in a business context. This helps establish credibility.

Culture is also very important. Germany is catching up, but approaching people during office hours was illegal until a few years ago. It is important that executive search professionals are understanding about local cultures and think about potential obstacles. For instance, one should not make calls to the Middle East from Thursday lunchtime through Sunday. It is vital that search professionals understand the potential issues in each market.

How do you think technology may change the role of an executive researcher?

It is already changing. Resources such as LinkedIn and Google have revolutionized our ability to identify potential candidates and sources quickly. CRM databases such as Invenias are continually updating the offerings to ensure that they can be used on the move. However, technology will not replace the personal touch and calling people directly to get recommendations. As long as researchers continue to be as prepared and professional as possible—not rely on e-mails but to actually talk to people, then the future is still bright for search.