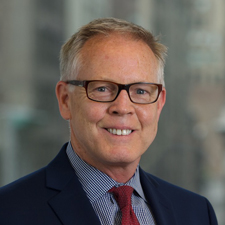 Brian is a global strategist and human resources specialist, who leads the membership team for the Americas region. His role at the AESC also includes serving as Secretary to the AESC Board of Directors.

Prior to joining the AESC in May 2011, Brian led global member programs for the Society for Human Resource Management (SHRM); the world’s largest association devoted to human resource management. Brian was responsible for educating the Society’s constituents on global human resource management issues; providing guidance in the globalization of SHRM members, products, and services; and representing the Society and the profession abroad. Brian established the SHRM offices in Beijing, PRC, and Mumbai, India.

Preceding his role at SHRM, Brian worked at the United States Council for International Business, where he served as Vice President for International Labor Affairs, responsible for negotiating labor standards with trade unions and governments. He was also active in shaping social affairs policy before the European Commission in Brussels and the Organization for Economic Cooperation and Development (OECD) in Paris. Brian also worked at Texaco, Inc.’s corporate headquarters in New York for five years in a variety of positions, including International Human Resources Advisor, Coordinator for Total Quality Management (TQM) in an operating division and as a Project Developer responsible for introducing a Texaco-licensed clean energy technology in European markets.

Brian earned his M.A. in International Affairs from the Paul Nitze School of Advanced International Studies of the Johns Hopkins University. As part of that program, he studied in Bologna, Italy for one year. His B.A. in Government is from the University of Notre Dame. Brian’s language training includes French, Italian, Spanish, German, and Latin.